Skip to content
Advertisement
Gear Get Down On It: The PowerRay Underwater Drone

Get Down On It: The PowerRay Underwater Drone

The PowerRay underwater drone shoots photos, takes video and baits fish into a close-up for both.

Wally Zheng, founder and CEO of PowerVision, was at a trade show for commercial and military drone technology — “all the bigger, badder stuff that’s out there,” says PowerVision’s marketing director, Craig Glover — and came upon underwater drone footage of a submarine. “That’s when it dawned on him that he could make one of these and do something on a consumer level,” Glover says. A year or two later, the company was testing eight units of its PowerRay, which became available to the public in June.

The PowerRay can dive to 98 feet, shoot 4K and wide-angle video, take 12-megapixel photos, deliver 1080p real-time streaming video and create a virtual reality experience through an app that combines your smartphone or tablet with the PowerRay controller. Cost for this top-of-the-line unit? A market-surprising $1,900. The entry-level PowerRay is $1,288.

This fish finder can be used with the PowerRay vehicle or separately, and has an optional remote bait-drop feature. Courtesy PowerVision

“Your guy who has a dinghy on a lake can afford one,” Glover says. “The guy with the yacht can afford five of them.”

All the models other than the base version come with a PowerSeeker FishFinder, a sonar unit that can detach from the PowerRay for separate use. On its bottom is a spot for an optional remote bait-drop feature. “You’re out there with the PowerRay and go where the fish are, and you can let it hang there,” Glover says. “You watch that fish come up and grab that bait and take off. As soon as the fish grabs the hook, it releases, so you are not connected to the PowerRay. Now you’re fishing. But you get that photo, that video, of the fish coming up and grabbing the bait.”

Bigger and badder, indeed.
Take the next step here. 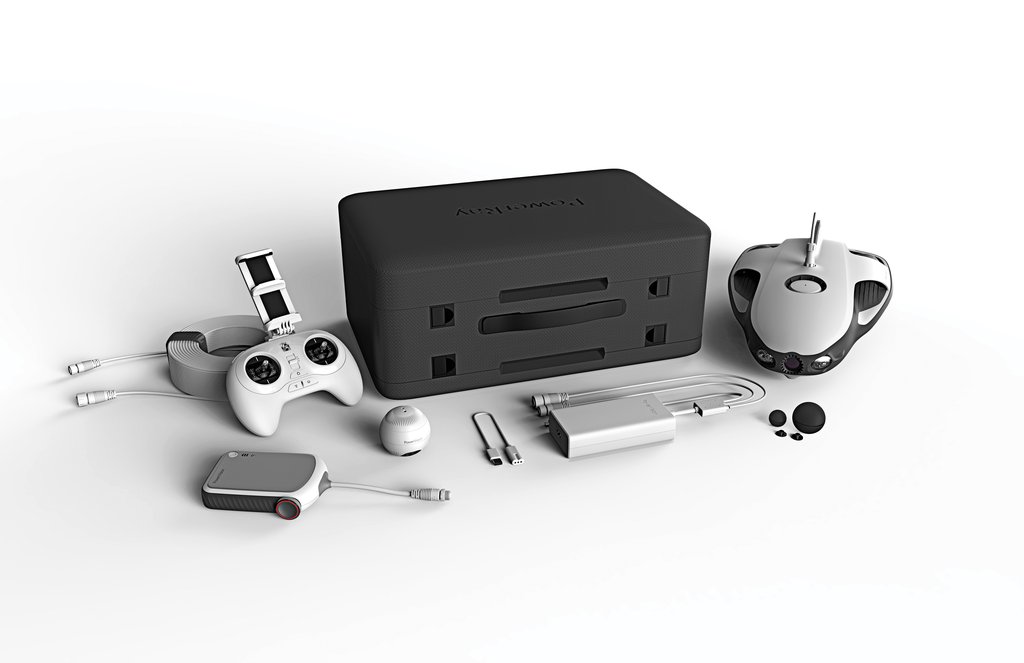